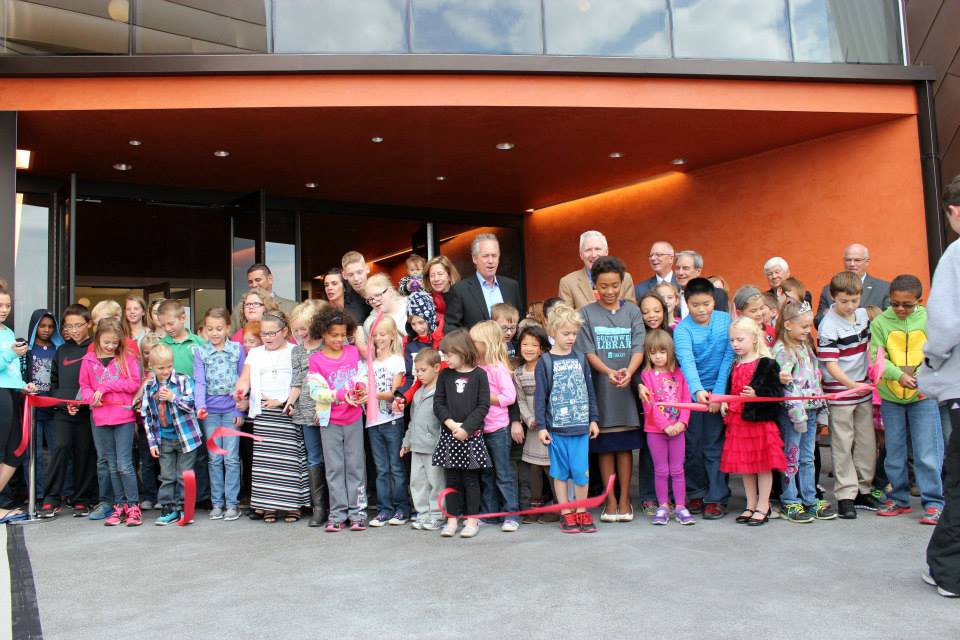 “What was once just a dream is now reality thanks to the opening of Louisville Public Library’s new Southwest Regional Library on Dixie Highway.

Despite Sunday’s chilly temperatures, hundreds attended the grand opening. The architecture is said to rival others across the country.

‘And inside it’s just as beautiful as it is outside,’ Mayor Fischer said.

Libraries are ‘linchpins’ of community