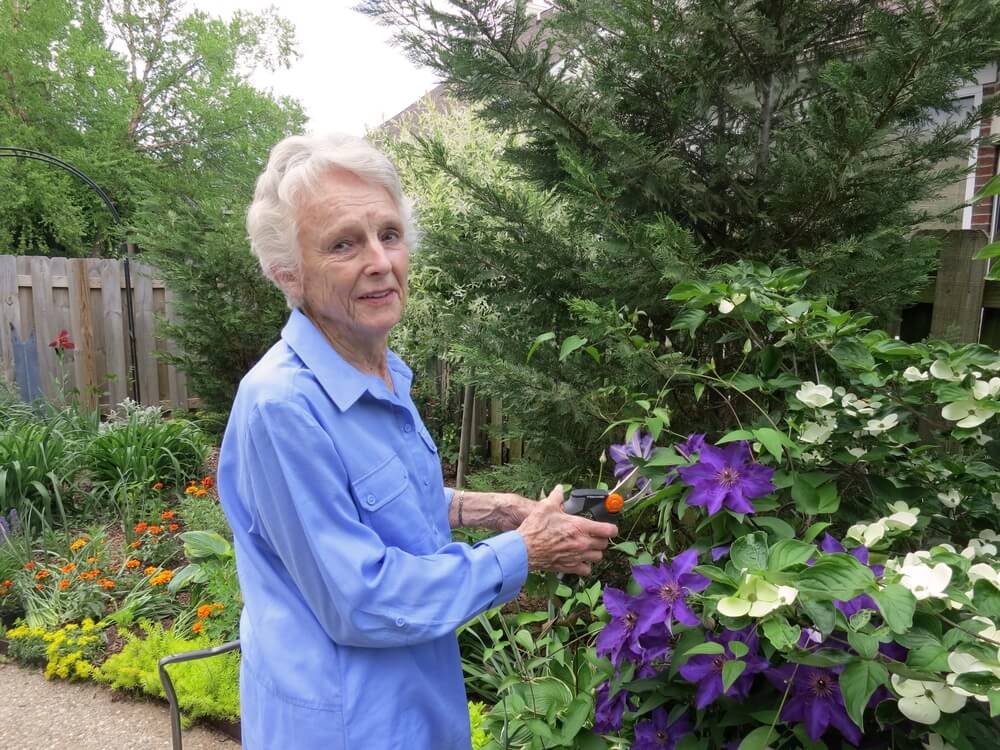 “Libraries have touched so many lives, and those lives should give back.””

ML grew up in a small town of about 25,000 people and one Carnegie Library—except, she explains, “it wasn’t called a Carnegie Library.” Instead, it was named for Alexander Mitchell, a friend and colleague of Andrew Carnegie. It is Mitchell’s name that Aberdeen, South Dakota, residents associate with their beloved library. That library was ML’s lifeline growing up during the Depression and the Dust Bowl, and during the long Midwestern winters. “People couldn’t go outside, so they went to the library,” she recalls. ML also remembers the limited selection of children’s books, so she often settled for books written for adults. Today, she is amazed at the resources available to LFPL patrons, especially children. “My granddaughter can go to the library, and there is a never-ending supply of books just for her!”

ML also finds the availability of computers gratifying. She notes that there are computers accessible to everyone. “Some people don’t have access to technology at home—the library provides that access.”

Asked why she chose to include the Louisville Free Public Library in her estate plans, ML says simply, “I’m obligated, in the best way, to support the institutions that have helped me.”

To learn more about how you can support the Louisville Free Public Library by giving back through your estate, click here.

The Library’s Programs Need Your Support!