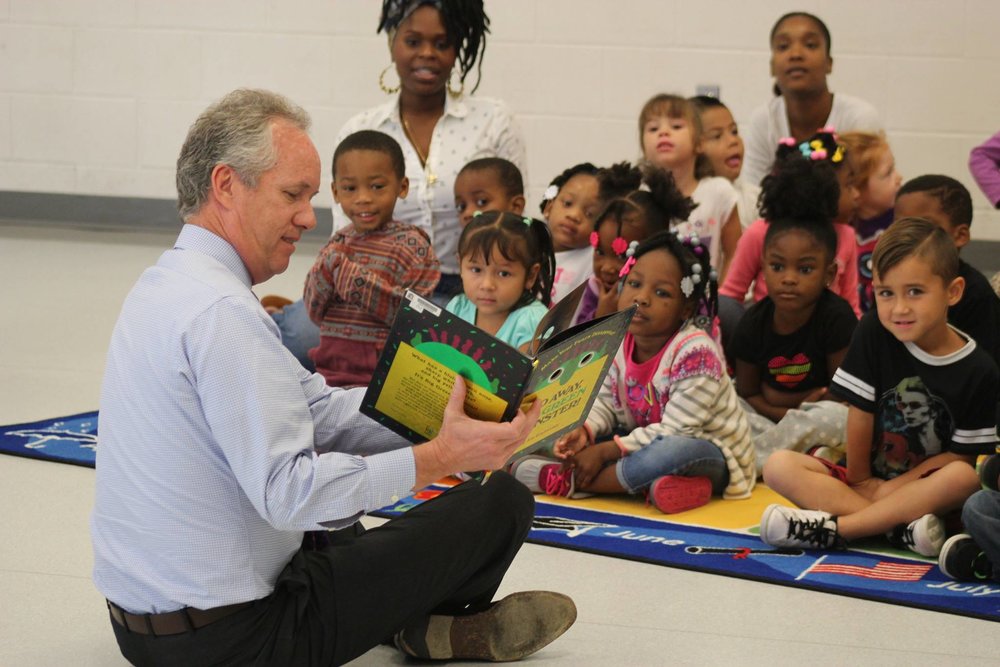 City officials say a program meant to prepare kids for kindergarten continues to be a success.

The “1,000 Books Before Kindergarten” challenge was launched in 2014 in Louisville. It’s expected to help preschool age children start reading at an early age.

The program is part of a partnership between the City of Louisville, JCPS and the public library. Since it started, more than 2,800 local kids have completed the challenge.

Thanks to the Unseld Center’s commitment to the program, and having all 300 students complete the Challenge, the Center was the recipient of a $500 Barnes & Noble gift card prize drawing from the Library.

Mayor Fischer says the goal is to get more students ready for kindergarten so they get a strong start on their education.

“We’re helping these kids get into a longer, richer, safer and happier life,” Fischer said. “And we need to follow their example and get more involved with our younger citizens with reading as well.”

The mayor says the community has increased kindergarten readiness from 30 percent to around 50 percent. The goal is to have that number at 77 percent by the year 2020.

If You Could Have One Superpower, What Would It Be?